Been made aware of this awful stuff recently.

JAILED for over 4 years in prison for selling it....

DO NOT FALL FOR THGIS SCAM...it is a cruel and sickening exploitation of sick and vulnerable people.

Claims to cure all manner of afflictions... yet NO INDEPENDANT proof.....only testimony's of unqualified and easily lead customers.

Posted by Andy Ward at Monday, February 25, 2019 No comments: Links to this post

Listening to Radio 4 " The life scientific " talking to Greg Winter

https://www.revolvy.com/page/Greg-Winter
Posted by Andy Ward at Tuesday, February 19, 2019 No comments: Links to this post

I saw this on the BBC and thought you should see it: Missing microbes 'cause' childhood cancer - http://www.bbc.co.uk/news/health-44199844
Posted by Andy Ward at Tuesday, May 22, 2018 No comments: Links to this post

Obviously anyone who has been following my blog over the last 10 years must be aware of the disaster which befell my Mk2 Scirocco Scala "Scarlett".

After my brilliant car was fatally damaged by a 42 ton lorry on the A17 in 2014 I was left, after a messy and financially crippling court case, with not only no car, but with a £2000 legal bill and permanent Tinnitus. The other driver had a much better legal team than me and on the day the judge decided to award fault to both parties....although the 3 versions of the other drivers statement should have made him question what ACTUALLY happened on that cold February morning !!

This post is to let you know that I AM BACK !

Gone is the Ford Focus ST which i owned for around 2 and a half years primarily due to my long term good friend David who, Observing my predicament and being a very kind fella, offered to sell me the ST for a bargain price......a very welcome and generous gesture being as i had spent the last 2 years feeling incredibly stressed and ultimately humiliated and financially ruined by a system that appears to hold such things as the truth as being incidental to the facts !.....i'm off   again aren't I lol :-)

So. Ladies and Gentlemen. Can i now then present to you Scarlett Mk3 (She's a Mk3 Scirocco so hence the label!)

This cracking motor is an October 2008 Scirocco 2.0ltr TSI GT which is finished in Salsa Red, which is not such a dissimilar colour to my previous Mk2 (Paprika Red)....which is a nod to the old girl of course :-)

Of course this year (September) marks 10 years since I and my excellent friend Glen Place set off on our Scirocco 2 Morocco adventure.....and on our return to the UK we were invited to attend the launch of the New Scirocco Mk3 at Heron VW in Newark upon Trent. If i remember correctly Glen was unable to make it up to my neck of the woods but myself and my son attended with Scarlett and her half Roc trailer.....so the fact i now own a Scirocco from that particular moment in time seems somehow fitting as a continuation of my love of these cars. 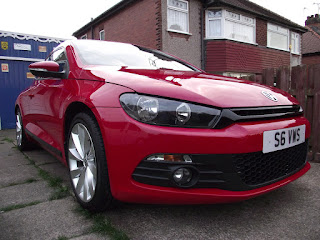 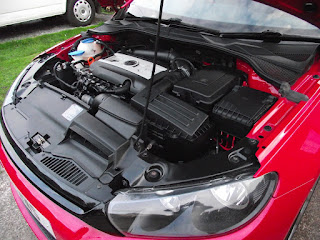 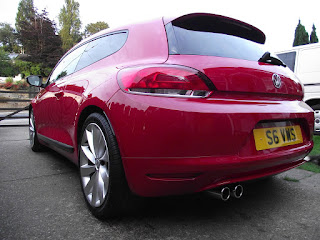 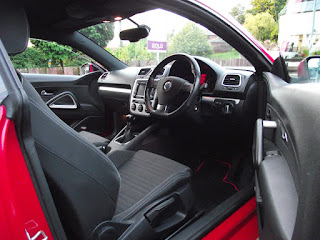 Of course the Registration is quite poignant as this is actually my 6th Scirocco (S6) (6 and a half if you count the trailer!) and its a Volks Wagen Scirocco (VWS)... nice :-)

So far the car has been fantastic, and i hope to be showing her at the Scirocco Register National Meeting in August 2018.....alongside Glens newly refurbished 1988 Scala.....should be EPIC :-)
Posted by Andy Ward at Sunday, February 11, 2018 No comments: Links to this post

https://www.mirror.co.uk/news/uk-news/heartbroken-sky-sports-presenter-simon-11899013
Posted by Andy Ward at Tuesday, January 23, 2018 No comments: Links to this post

Messages people about items for sale.... calls themselves Parker (but probably has numerous identities ). I chose to ignore them....😂😂😂

Posted by Andy Ward at Sunday, December 10, 2017 No comments: Links to this post

Looking into a company with the acronym DKMS (Deutsche Knochenmarkspenderdatei (German Marrow Donor Program) I find it slightly worrying that this company,established in 1991,appears to be pretty much duplicating the marrow donors register that was set up in the 1970's by Shirley Nolan. That is not to say that their work is not good or indeed important....but why duplicate a system already in place (worldwide by the 1990's) instead of working in conjunction with a well established marrow register ?The only major difference appears to be the extended upper recruitment age (55) which has always been an issue with ANT which has a much lower upper age cut off .
I have contacted them via Facebook and hope to get some more information which I will post at a later date 😊

Posted by Andy Ward at Thursday, November 02, 2017 No comments: Links to this post

New treatment for ALL

The therapy, which will be marketed as Kymriah, works against acute lymphoblastic leukaemia.

I saw this on the BBC and thought you should see it:

Posted by Andy Ward at Wednesday, August 30, 2017 No comments: Links to this post

Well . what an amazing day!!

Posted by Andy Ward at Tuesday, August 29, 2017 No comments: Links to this post

I was really sad to hear that one of my childhood hero's Mr Adam West famous for playing the Batman character in the hit 1960's TV series has recently passed away.

His family released a statement stating that this lovely fella had been suffering from Leukaemia and thanking all for their love and support for Adam over the many years of his career . 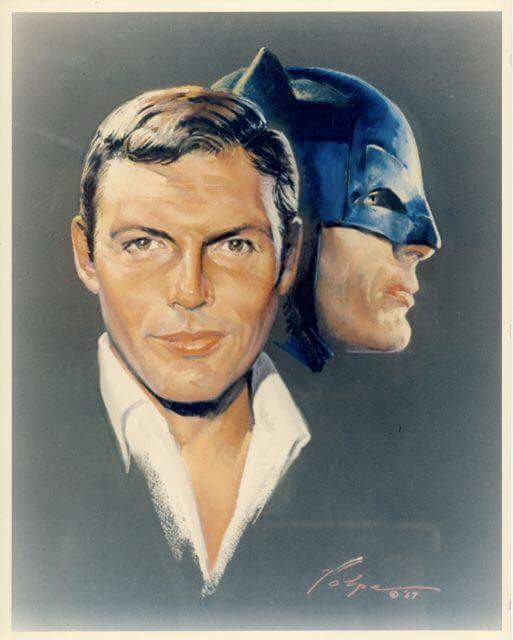 Posted by Andy Ward at Saturday, June 10, 2017 No comments: Links to this post

So. How is MY Leukaemia doing these days ? 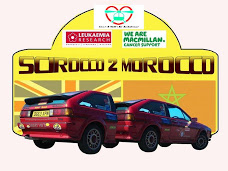 Well I am glad to report that so far it is behaving itself ! :-). August 15th  this year marks 11 years since my CLL diagnosis at Grantham Hospital during what i had believed to be a "routine" appointment!!

In the last 11 years I have gone from blood tests and prods every 3 moths to blood tests and check-ups every 12 months. As an added bonus I am now under the excellent care of Mr Tim Moorby,of the resident Haematology Consultants at the hospital I have worked at now for almost 21 years....so getting to my appointments is a relatively straight forward affair :-).

In the old days a decade or so ago I had to make my way to Grantham to see a random consultant {never quite sure who I would be seen by!) and the blood results would take between 7 to 10 days before they arrived at my GP surgery.....awaiting the results was a very stressful situation believe me !

So. I will be 51 in May, diagnosed in 2006 aged 40....now 11 years on...hopefully this little resume will give a bit of encouragement to anyone who is newly diagnosed.....i wish i could have read something like this early on in my journey because fear (and insomnia) had to be the worst aspects in the early years.

As my good friend (Sadly now departed ) Geoff Brocklebank told me in the dark weeks after my shock discovery..." You are more likely to die with CLL than from it".....that simple sentence was like an epiphany to me...and gave me the strength and drive to get my head in order...and to get involved in things such as this Blog. Thanks Geoff....you are sadly missed my friend, but you gave me the inspiration to get off my sorry ass and do something useful with my (new, post CLL) life  :-)

Andy
Posted by Andy Ward at Saturday, April 22, 2017 No comments: Links to this post 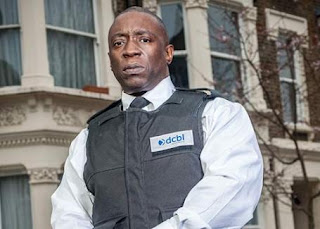 Hi folks. Ok, this is my first post in quite some time but I felt compelled to post a message appealing for folk to rally together to help a very nice guy that many of us have seen on the TV series "Can't pay we'll take it away".

Delroy always came across as the sort of chap that , given hobsons choice!, most of us would prefer to be knocking on our door in relation to "financial issues"!. He does a job as a court debt collection agent that often  attracts a lot of abuse ...which he always deals with amicably :-).

In November last year Delroy sadly discovered he had developed Leukaemia and indeed is currently in the care of the Royal Marsden hospital.

Delroy NEEDS A BONE MARROW donor IMMEDIATELY!
Can you or anyone you might know from the African Caribbean community help find him one URGENTLY?

If you can could you please contact the Africa Caribbean Leukaemia Trust via their website
Thanks people . Let's hope his search is successful :-)

Best of Luck Delroy. We are all with you my friend :-)

Posted by Andy Ward at Saturday, April 22, 2017 No comments: Links to this post

https://youtu.be/epOvkwTVNBw
Posted by Andy Ward at Tuesday, November 01, 2016 No comments: Links to this post

Posted by Andy Ward at Tuesday, July 26, 2016 No comments: Links to this post

An interesting CLL blog by a US doctor

http://bkoffman.blogspot.co.uk/?m=1
Posted by Andy Ward at Saturday, July 09, 2016 No comments: Links to this post

Search for Petrol Prices in other areas

What parts of the world have visited my blog?

Scirocco 2 Morocco 2008.An overview of the challenge.

Hi there, my names Andy Ward,I am a Life Support Systems Medical Engineer at an NHS Hospital.....and I just happen to have Chronic Leukaemia!.

Welcome to my Blog Page which was produced to publicise a trip from the UK to North Africa that my good friend (and fellow NHS collegue) Glen and I undertook in September 2008 driving my trusty 21 year old VW Scirocco named "Scarlett" :-)

1987 Scirocco Scala 1.8 Ltr Carburettor donated to me by a chap named Steve from Leicester in June 2007.

The Trailer is made from the rear end of a 1989 Scirocco GT2 which was donated by a guy from Derby in 2008.The conversion work was done by ASMech Engineering in Mansfield.

The car and Trailer were resprayed (free of charge) by AW Accident Repair Centre in Sleaford.AW also repaired the car in April-June 2008 after it received frontal damage in an accident.

The graphics for the cars first 2 missions (Roc Around the Clock in 2007 and in 2008 Scirocco 2 Morocco) were done by Lee of Custom Vinyl Graphics in Anwick. The most recent set of vinyl's have been fitted by "Biff" of PawPrint Graphics in Newark.

Wheels for the Scirocco 50LLR Project have been sorted by John Leeson of WheelCraft in Heckington with some support from Kumho Tyres and Team Dynamics Alloys.

The donation of a set of 4 new tyres plus invaluable assistance keeping the Scirocco on the road for the last 3 years has been down to the amazing support of PITSTOP GARAGE in Sleaford.Thanks to all of you :-)

The Design for the Scirocco 50 LLR Project was devised by Benn Perry of West Nottinghamshire College.

Since our return from the trip, during which we managed to almost get to Morocco (Ended up finishing in Gibraltar due to ferry costs!), I am now using this blog to promote the task of recruiting people to the bone marrow and cord blood registers and also to report news about Leukaemia and Lymphoma issue's, with the occasional "off topic" section just to keep you interested!.It's great to be able to raise money for Leukaemia and Lymphoma Research and the Anthony Nolan Trust, but at the end of the day money is not enough.We need to dispel the myths and misconceptions about donating bone marrow and cord blood so that more people will sign up to give "The gift of life".

(NB.The views held within this blog are my own, and do not in any way reflect the opinions or legislation of my employers or other agencies mentioned within it's text)

If you feel that you can offer help,support or sponsorship to our cause,then please feel free to contact me at this email address:

What is Cord blood donation ?

The story of how Leukaemia Research was founded.

Informative sites that may be of help

The Charities we are helping

Media Coverage of the Challenge 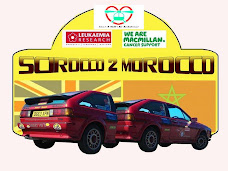 Links to our fundraising pages :